City Talk was a series of talks and workshops running from 2010-2011 at the former legendary shipyard B&W (burmeister & wain) area on Refshaleøen in Copenhagen. The idea with the talks was to learn how us, the local artist, entrepreneurs, musicians, actors, designers, architects, circus people etc. could create an bottom-up city development in the area by inviting some of the already established forces from other places in Copenhagen to share their experience and have a unformal discussion about different urban topics, while the participants afterwards could do some good old networking in the bar. The events took place in the legendary underground bar and concert place, The Dragon’s Lair (Dragens Hule – Thanks, Mogens and Kasper!) located in the basement of the former ship yard workers leisure club.

City Talks #1 – Refshaleøen, What is That? With the urbanists from Supertanker. 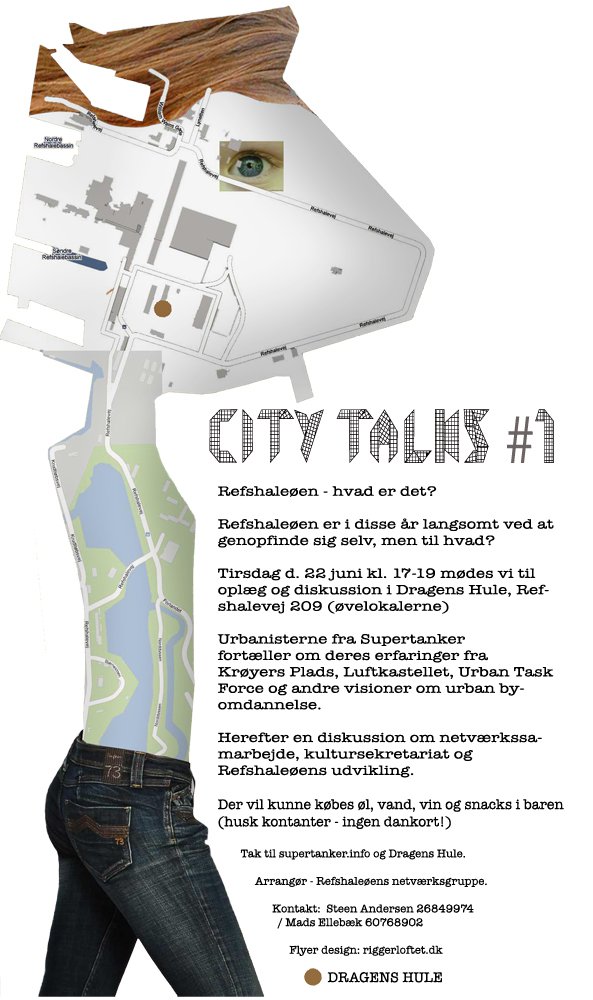 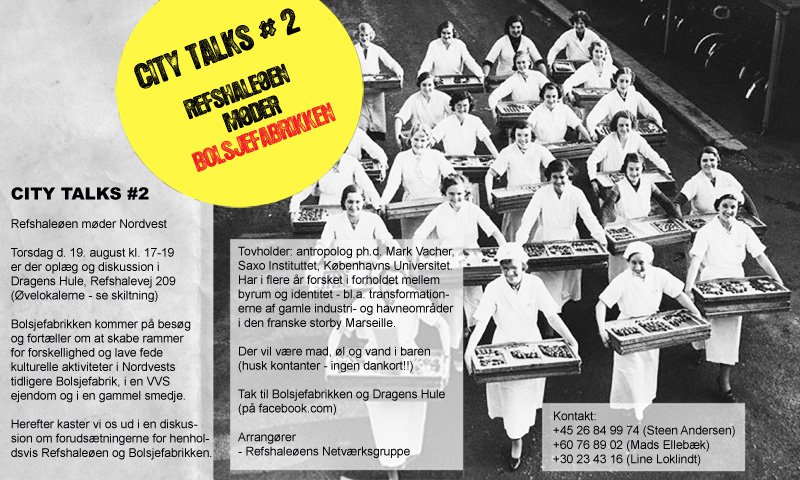 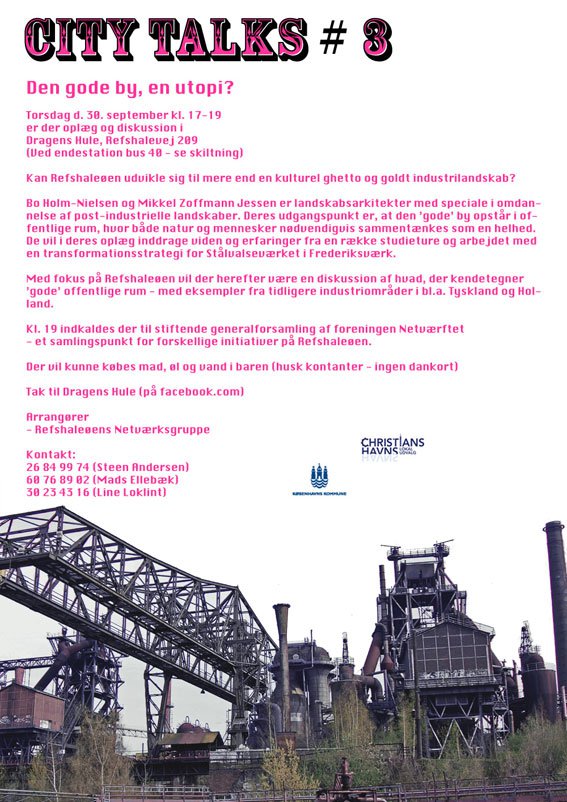 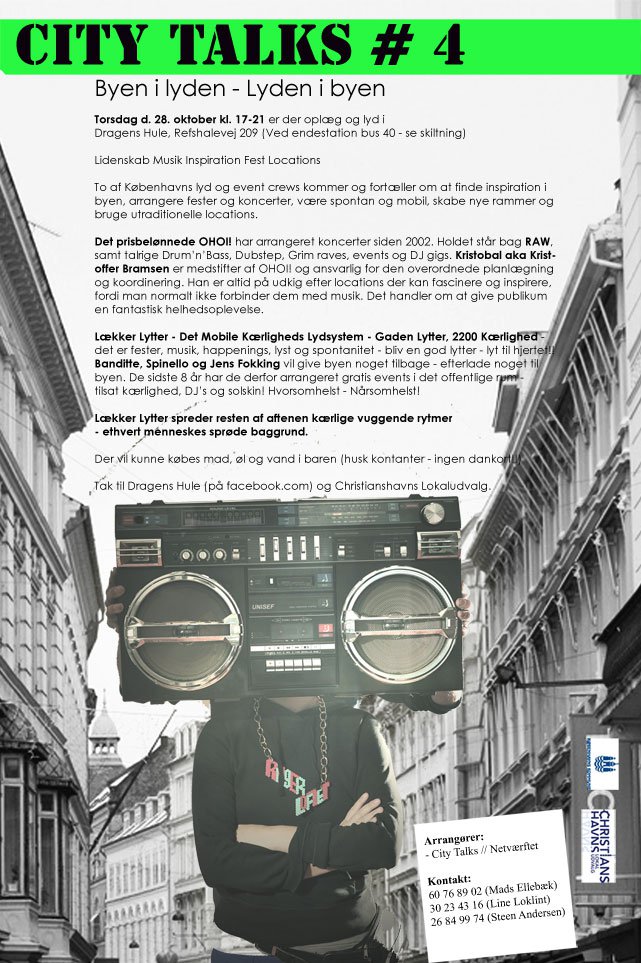 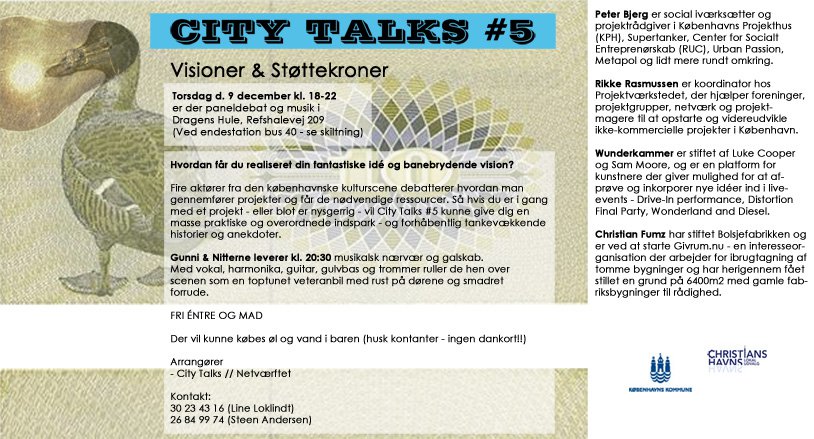