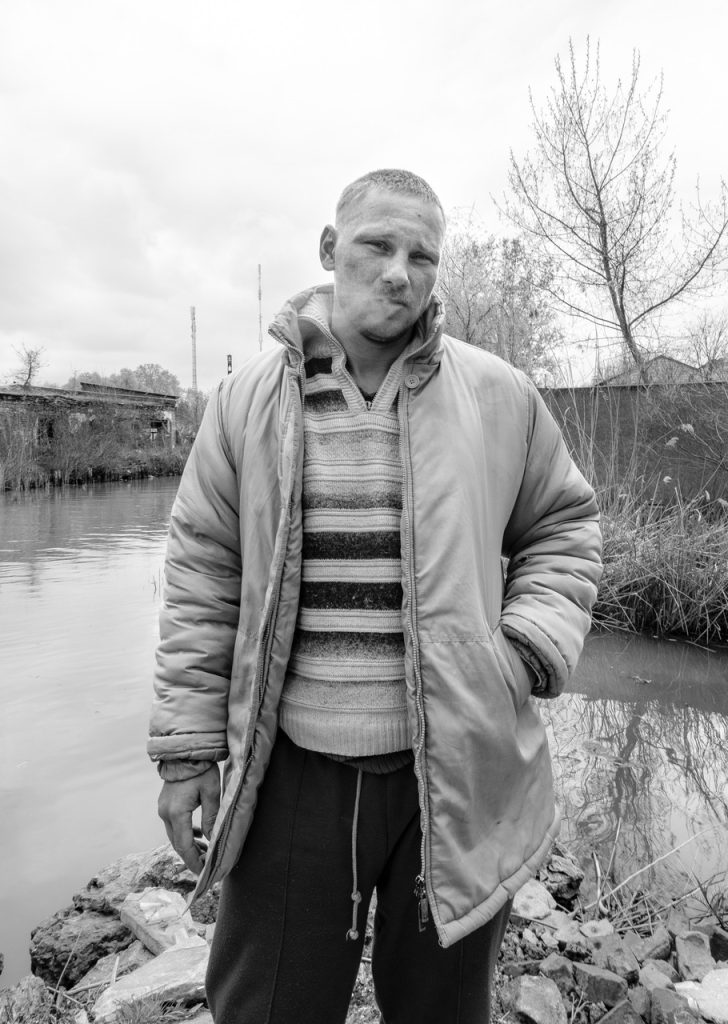 Marx Chernega. Fisherman and sailor from the small city of Vylkove, at the utmost southwest of Ukraine. We met him by chance while trying to find a captain who would take us on a tour around the many channels in the Danube Delta separating Ukraine and Romania. Most people in the south and west of Ukraine speaks only Ukrainian and Russian, which is an tongue out of our league, so when Maks came over and began translating between English and Ukrainian we soon had a deal with Alex the Captain. An hour later we sailed out in a small four passengers motor boat Maks translating Alex’s stories and anecdotes about the Danube Delta with its swamp settlers living in self-build sheds and houses without electricity and internet, growing their own vegetables, brewing their own vine, chicken and gooses wandering around freely in this unique timeless corner of Ukraine.