PB43 Publishing House (Forlaget PB43) was founded by Steen Andersen and Marie Toft-Jensen in 2011 and published in April 2012 its first book, “Byen Bliver Til – En Urban Håndbog (The City Becomes – An Urban Handbook)”. The book deals with, among other things, the visions and many experiences that have been accumulated in the Copenhagen project and grassroot environment over the past decade.

With its publications, PB43 Publishing House wanted to move forward and create debate about the use, development and understanding of the city. It happened by being a platform and opportunity for those with the good story, experiences, visions and ideas.

PB43 Publishing House was a democratic tool that allowed project makers, activists, entrepreneurs, artists, architects, designers, students and others with a professional and / or personal interest in the city and its people to have their voice heard through a respected media and a comprehensive distribution. 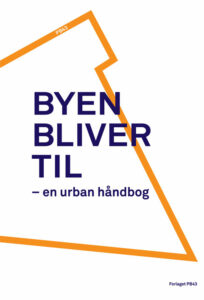 THE CITY BECOMES. AN URBAN HANDBOOK.
(BYEN BLIVER TIL. EN URBAN HÅNDBOG)
Below highway bridges, in parking lots, empty buildings and overlooked backyards, the city is explored and used in a different way. In the cracks of the city, temporary projects and small creative companies are sprouting: Non-profit galleries, carpentry and ceramics workshops, artist collectives, urban gardens and perfomative city walks are just a selection. These are places and initiatives that right now and here challenge the way we understand and use the city.

THE CITY BECOMES was nominated for Project of the Year at the KPH Awards 2012. 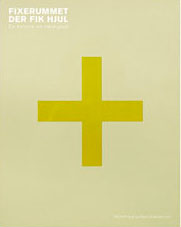 On 12 September 2011, the Fixelance – a rebuilt ambulance – rolled out for the first time and opened its doors to street drug users on Vesterbro in Copenhagen.
The nervousness was palpable, and the atmosphere intense among the many volunteers in the Fixerum Association, who had put time, heart and work into reaching this important day. Here, a simple solution to a long-standing problem should finally stand the test. What would happen? Would the police close the mobile fixer room? Would the drug users want to use it? How would the locals react? And what about the politicians, the municipality and the media?

“THE FIX ROOM THAT GOT WHEELS. A STORY OF DIGNITY.” is the story of how, after 35 years of struggle, it finally succeeded in creating a fix room for the benefit of both residents and drug users. 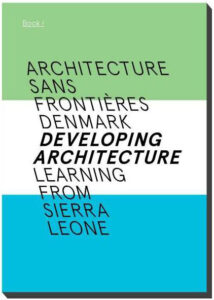 A book about the work and visions of Architecture Sans Frontières Denmark. What role does architecture have in a developing country? How do architects work outside their own culture? How does one manage building projects on foreign soil? How can iconic buildings promote social change? This book is about the work of Architec-ture Sans Frontières Denmark in Sierra Leone between 2008–2013. It showcases five projects from several angles — the architectural, the tectonic, the social and the academic, whilst providing a forum for the different participants’ points of view. Together, the projects show what can be — and has been, learnt about architecture and building when working in foreign contexts, in this case Sierra Leone.

Winner of the annual architecture prize Little Arne of the Year 2014. 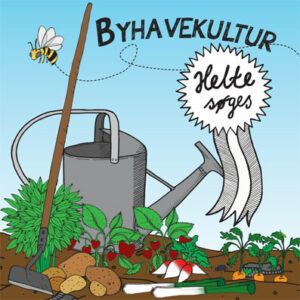 “Urban garden culture. Heroes wanted ”is the story of the small scale with the great potential. A book about making city gardens and getting things started – written by them with their hands in the cities soil. City gardens are places in the city where neighbors, friends, colleagues and people who do not know each other meet and new acquaintances emerge while the city is given more vegetation and life. One of the goals of urban gardens may be to become fully or partially self-sufficient in vegetables, another goal may be more social activities in a local area. For others, it is important to spread knowledge about cultivation, sustainability, ecology, permaculture and more, while others want to build, play or make cultural events.

This book is therefore a guide to more than just keeping a garden. 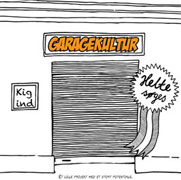 Garage culture is a place where you can mess around and make noise. A place where happy entrepreneurs, artists, craftsmen, municipalities, landowners work side by side. Together, they create space for activity and growth. This book will give you the basic tools and an overview of the possibilities of developing projects and giving life to empty buildings in your city based on the concept Garage Culture.

This is the story of the small scale with the great potential. And then it’s based on a true story. 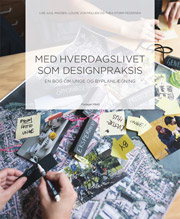 “Politicians and planners actually want to listen and they think our views are important. It is up to us to live in what they want to create and therefore they also need to hear what we have to say. ” (Christine Mårtensen, 14 years, participant in CityLAB).